V- Voice of children needs to be heard... 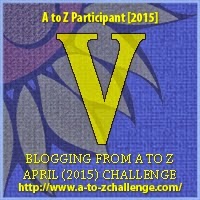 In most countries the term ‘child’ is defined as a person under the age of 18 years, with the exception of those countries where young people are regarded as adults in legislation from an early age. The United Nations Convention on the Rights of the Child (UNCRC) aims to define and promote the political, cultural, health and social rights of children by embracing these rights within a monitored treaty.As a guiding principle of the convention, Article 12 of the Convention on the Rights of the Child states that children have a right to participate in the decision-making processes that are relevant to them, their lives, their family, and that influence decisions taken in their school and community. Theoretically simple, it is a principle that presents us with one of the greatest challenges, that is, the challenge of providing opportunities through which the child’s voice can be heard, allowing, in turn, full and meaningful participation.
Children are important. They bring their own value and influence to the world, as well as being shaped by the world around them …Children are also important for their future
contribution to society, as the next generation of leaders, workers, parents, consumers
and members of communities … in a global society
All children have the best start in life to create a better future for themselves and for the nation
Every child has a right to childhood
Posted by aparna adhikari at 7:27 AM