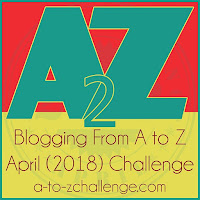 Bodo tribe is an ethnic community of Assam which is mainly concentrated near Brahmaputra valley. Bodo Tribe form the largest minority group in the state.
The Bodos are an ethnic and linguistic aboriginal group of the Brahmaputra valley in the northeast part of India. They are recognized as a plains tribe in the Sixth Schedule of the Indian Constitution.
Bodo' is derived from the term 'Bod', which means Tibet, thus signifying that majority of the Bodos arrived from Bhutan passes.The Bodos are concentrated in the regions like Kokrajhar and Udalguri in Assam.
Bodo tribal people speak Bodo language, which has been derived from famous Tibeto-Burmese language family. For writing, majority of these Bodo tribes of the primitive ages make use of the Roman script and Assamese script.

Bodo tribe are fond of conventional drink called Zu Mai, Zu means wine and Mai means rice.Rice is staple food but they love non vegetarian food.
Bodo tribes have undertaken the diverse practices like Bathouism, Hinduism and Christianity. To be precise, Bathouism is a special type of worship of progenitors, better known as 'Obonglaoree'.
Dresses of the Bodo tribal community are quite exquisite, thereby exhilarating the beauty and glamour of females to a large extent. The conventional dress of a Bodo female is popularly called 'Dokna', which these Bodo women knit themselves. Shawls also are in fashion amongst the Bodo tribal community
Posted by aparna adhikari at 1:00 AM No comments:

This year in 2018 A-Z Challenge I wanted to start with writing about the places I have visited during childhood and youth days and I find lot of people are not aware of thhttp://www.hindilyrics.net/translation-Rudali/Dil-Hoon-Hoon-Kare.htmlem..One such community is AHOM

Do you remember the famous song from Movie Rudali..Dil hoom hoom kare, ghabraaye (http://www.hindilyrics.net/translation-Rudali/Dil-Hoon-Hoon-Kare.html)  composed and sung by Bhupen Hazarika famous singer was a descendant of Ahom community.
A reminded me one of my favorite times where I spent some good moments of my life in upper part of Assam where a major population  belonged to AHOM community.
The Ahom people of Assam are said to be descendants of Tai people based near the Brahmaputra river in early thirteenth century. The Ahom dynasty (1228–1826) ruled the Ahom kingdom in present-day Assam for nearly 600 years. The dynasty was established by Sukaphaa, a Shan prince of Mong Mao who came to Assam after crossing the Patkai mountains . They ruled the kingdom  until British gained control of region through treaty of Yandabo  upon winning the First Anglo Burmese war in 1826.
They are the largest Mongoloid Community not only in Assam but in entire northeast region . Majority are found in upper Assam including present day Sibasagar , Dibrugarh , Tinisukia. They are also found in Lohit district of Arunachal Pradesh.
Key Contributions to development of society

Religious Practices: Although modern Ahom people and their culture are a syncretism blend of the original Tai culture, the indigenous Tibeto-Burmans and Hinduism but many still follow original religion named “Fralung “ . There is no god in Ahom religion. FRA symbolizes nature and its creation where as lung symbolizes Force . This seems to be more a scientific humanitarian philosophy related with the creation of the universe(s), existence of life and purpose of human life than that of a so-called religion. The custom regarding the Ahom with their dead is to not burn them but keep them in a box. They have inter-married, some with the Tibeto Burmans who gave them the name of Ahom.. They worship ancestors who they believe will keep them safe. They believe that when dead, a person goes to heaven and becomes a god and they then worship them 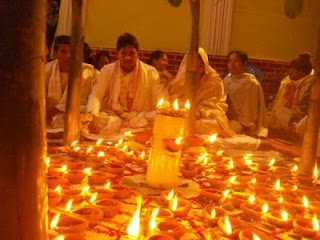 Marriage : Chak-long ceremony- The word ‘Chak-long’ means ‘marriage’ and it’s a special mode in which a typical Ahom marriage is performed.
Sodhanibhar’ triggers the chain of fascinating events- It's typically a gift, consisting of betel nuts and leaves, rice, ducks, etc which the groom-to-be’s family carries to the house of the bride-to-be for asking her hand. The next step is to fix a date for the bride-to-be's people to come and see how the groom-to-be's family lives. Only post that,  the wedding date is fixed.The three day ceremony is popular among the Tai Ahom people. The first day is called ‘Joron-diya’, the second day is ‘Murot-tel diya’ and the final day is ‘Chak-long’.
It's the first day of the marriage on which the family of the bridegroom comes and gifts wedding apparel (minimum three or maximum seven sets) and ornaments to the bride, along with other necessary articles. Also, two earthen pots filled with rice, decorated with cotton yarn and wrapped around in beautiful napkins, with a fresh mango-twig having five leaves planted in each of them and four packets of paste of black pulse, named ‘mati-mah’ and turmeric are gifted to the bride for her bathing ritual.

The Chak-long ceremony is conducted by the ‘Siring Phukan’ or priest. The priest, also called Moulung, reads from the 'Saklang puthi'- the holy book for marriage, and narrates the history of the ancestors to the bride and groom. Such narration is believed to encourage and inspire the couple to look forward to a happy married life and carry forward the legacy of their forefathers.
The ‘Maral’, a vast and beautiful Rangoli decorated with 101 earthen lamps, is the center of attraction of the whole Chak-long ceremony. The bride and groom sit in front of this Maral, make a promise to start a new life together before the lighted lampoon and then the priest proceeds with the ritual of the marriage in the presence of an audience of parents and elders.
I hope you gained information about this community and excited to know more about them please visit website
http://assam.gov.in/culture-of-assam
Please give your feedback on how many of you visited Upper Assam and have experienced understanding culture and belief of this  beautiful community who believes in the cycle of nature..